You are here: Home » The One With the Friends Reunion Special 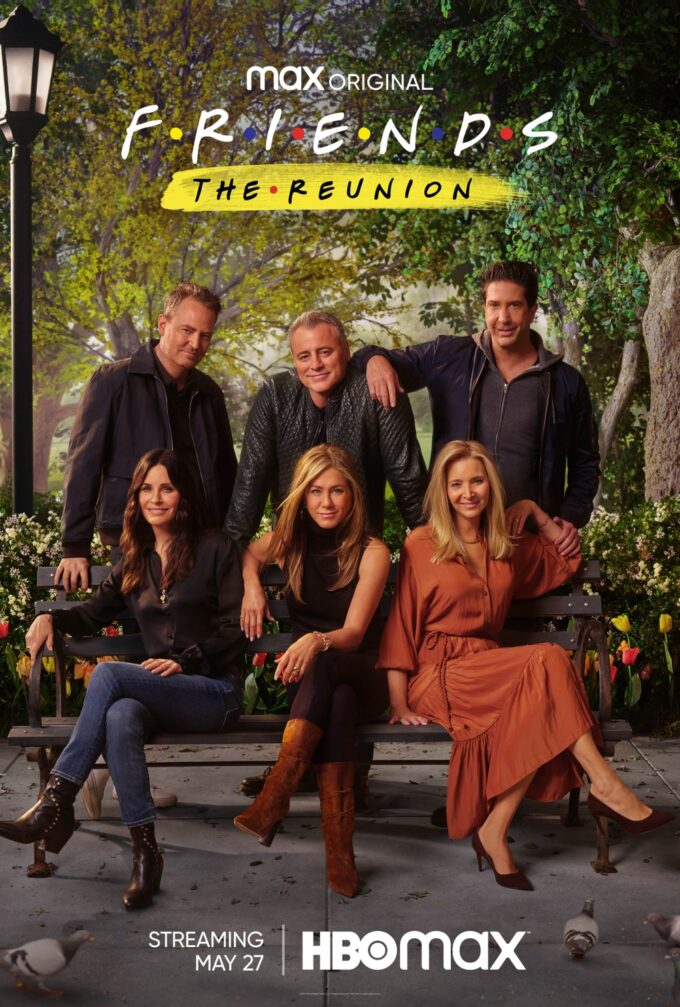 Wondering if you should watch the Friends reunion special? Yes. You should. Read on for why, or just go watch it.

I watched Friends: The Reunion this morning, and again just now. If you haven’t watched it yet, I promise I won’t give away any huge spoilers, but if you want to go in without knowing anything about it (as I did), go watch it and then come back. It’s great. Well, mostly great. Definitely worth watching (twice!). You can watch it on HBO Max.

I’m a huge Friends fan. When it aired I was roughly the same age as the characters, having my kids around the same time that Rachel had Emma and Monica and Chandler got their twins. And by the time the series ended, I was living in NYC. But that’s pretty much where the similarities ended, and I loved watching these funny, pretty people living a very different life from mine.

It’s one of those shows that I’ve re-watched a million times, but not really. I usually have it on in the background as I work or clean, but I’m not actually sitting down and looking at the screen. For the Friends reunion special, I sat and just paid attention. And at the end, I realized that I want to go back and actually watch the series again. I want to spend some quality time with those people. They’re fun! To quote Lisa Kudrow when the rest of the cast is remembering things she has absolutely no recollection of, “I need to watch this series.”

Watching the cast together, both filming the reunion and in outtakes, I saw just how much their off-screen friendships infused the show with a happiness that was palpable. I know they were acting, but that era was filled with nightmare stories about sitcoms, from the original Aunt Viv disappearing from The Fresh Prince of Bel Air to the hell that was the ALF set. It’s nice to know that they actually did all really like each other. (In fact, it’s revealed that two cast members really really liked each other.)

I mean, watching Matt LeBlanc dab at Courteney Cox’s eyes with a tissue is such an intimate gesture, something that goes far beyond a co-worker relationship. The actors had all banded together during the run of the show, negotiating their salaries together, and I think that probably had a huge impact on how they interacted with each other and remained such good friends. And as they discuss in the special, they helped each other navigate worldwide fame. I don’t know these people, but it makes me feel good to know that a show that has brought me such joy over the years brought them joy, too.

(Maybe it was just me, but Jennifer Aniston seemed a little too familiar and comfortable, making a couple of jokes about Matt LeBlanc’s middle-aged weight gain. For all I know they’re close enough to joke like that with each other in private, but it was uncomfortable to watch.)

The reunion special brings together a bunch of different elements, some taped in front of live audiences, some more intimate. After reminding us that the six main cast members had only been in a room together one time since the show ended (embarrassingly, I know exactly what that one time was), the show opens with each of the six arriving on the set, and being momentarily overwhelmed by seeing the rooms where they spent ten years of their lives.

There are lots of clips. There are of course clips of the show, but there are also lots of behind-the-scenes moments and bloopers. I love knowing how the sausage gets made, and I absolutely ate up the background stuff. They show clips of the sitcoms that Matthew Perry and Jennifer Aniston were already on when they were cast in Friends. The cast plays an updated version of the trivia game from “The One With the Embryos.” They reminisce about things that happened during filming.

The cast reads some scenes from the show, cut with the actual scenes that aired, and these were so much fun! It’s especially entertaining to watch Lisa Kudrow because she jumps in 110%, as if she’s filming the show again.

And actors who had guest starred or had small roles pop up! I won’t tell you who, but I will say that I was hoping for one person who never showed up. There are lots of other people who show up too, though, people who weren’t connected to the show in any way, and most of those parts didn’t work for me.

There’s a section where fans from around the world talk about how much the show meant to them, and I thought that part was great (a couple of guys in Ghana singing “Smelly Cat”? GOLD!). But then, at other points, famous people who had nothing to do with the show talk about their favorite episodes. And while those memories led to more great clips and discussions from the cast members, I did not need the celeb cameos. They added nothing, and just seemed so random. I would much rather have had more time with the cast members.

There were a couple other scenes that fell flat, as well. One was a musical number, with a guest star who was kind of annoying (this is supposed to be the cast’s time to shine!!). And maybe it was my imagination, but Lisa Kudrow seemed a bit annoyed to have to participate in that bit as well (she mutters “I still think it’s better when it’s just me” and I’m not 100% convinced that that was part of the bit).

Then there was a fashion show of costumes, and again, the models just seemed so random. One particular “model” showed how fun that segment could actually have been, but the rest of the show was just bizarre. It could have been a montage and would have been better.

Other than those parts, though, it was excellent. This special was such a long time coming. It was announced quite a while ago, but was delayed twice because of COVID. I thought it was worth the wait.