My kids got to be on The Today Show earlier this week, which was really fun for all of us. And, since it was for the later part of the show, we didn’t even have to get up insanely early like we have for other appearances. 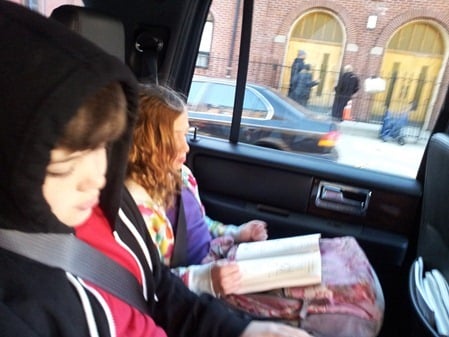 We were picked up by a giant SUV and driven to 30 Rock. Actually, The Today Show broadcasts from 10 Rockefeller Plaza, but when I casually say “30 Rock” I feel like I’m that much closer to someday knowing Tina Fey.

When we got there and opened the car door, flashbulbs immediately started popping – tourists knew exactly where the guests were being dropped off and the crowd started taking pictures before they could even see who was in the car. This delighted my children to no end and made them feel like celebs!

I tweeted that we were on our way to tape something, but that I didn’t know which day it would air. See, I didn’t know there was a fourth hour of The Today Show. I though Kathie Lee and Hoda did the third hour, and that was it. And I didn’t realize that the kids would be on live until shortly before we left the greenroom. Oops. I did manage to warn a few people, but none of the grandparents.

Greenrooms always surprise me by how disappointing they are. There’s never enough room for everyone (the greenroom for a show such as The Today Show is like Grand Central Station) and all of their stuff. Carnie Wilson had to step over me to get her bag. Had I known it was hers sitting there I would’ve been rifling through it while she was singing live on the show with Wilson Phillips. Total missed opportunity. I could’ve been chewing on her breath mints right now.

While we were there Shannen Doherty breezed in, as did Guiliana and Bill Rancic, and Joy Bauer (whom I didn’t recognize until I watched the show later – I love her newsletter and totally would have introduced myself!), and authors Mary and Carol Higgins Clark. All were appearing on the show that day.

The best thing about greenrooms? They always have food. I stopped counting how many bagels Jake ate because I was afraid NBC was going to send me a bill. 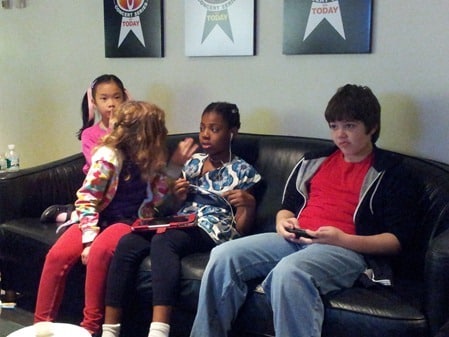 L-R: Rose, Fiona, Alex, and Jake in the greenroom

My friend Linda was also there with her daughter Alex, as well as Alex’s friend Rose and her mom. The girls became fast friends while Jake sat there wondering how he ended up on a couch with three girls.

Linda kindly took the kids to the bathroom, and of course that was the moment when we were told to get our kids up to the studio pronto. Oops. We herded them out of the bathroom and upstairs and into the studio. 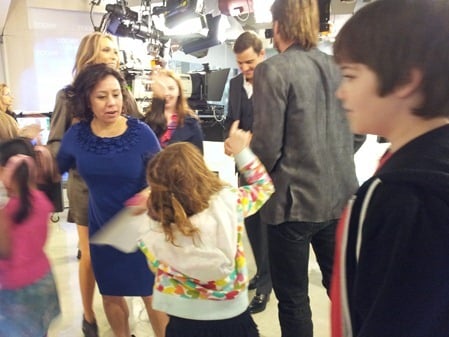 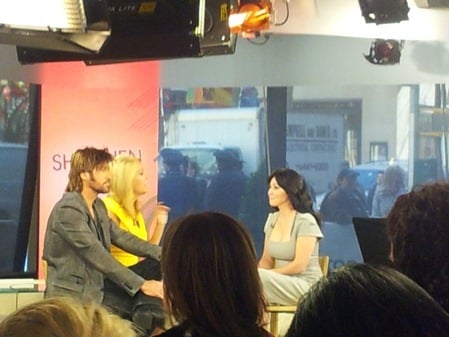 After the commercial Shannen Doherty was interviewed by Kathie Lee and her guest co-host, Billy Ray Cyrus. Somehow the kids instinctively knew to be silent, which was kind-of a miracle. They got into position and were showed what to do during their segment. 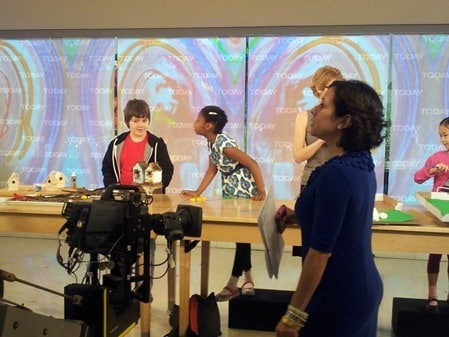 I just want to pause here and note what a complete wreck I would have been moments before going on live TV. But the kids were all awesome. They paid attention, stayed quiet, followed instructions, and did not obsess about what might go wrong, like I would have.

Take a look at these adorable kids:

Visit msnbc.com for breaking news, world news, and news about the economy

After the segment the kids went to town on the leftovers from the ice cream activity. 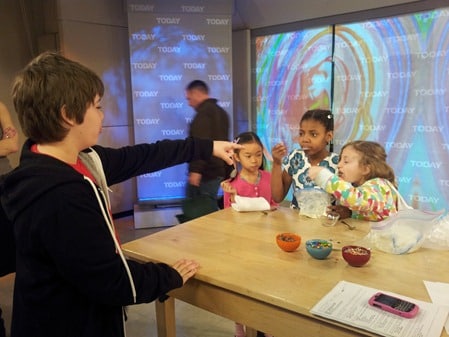 There were about three seconds during another break to grab a quick picture with the hosts and Family Fun Magazine Deputy Editor Mary Giles (it was so quick everybody is looking at a different camera!). And that was it! 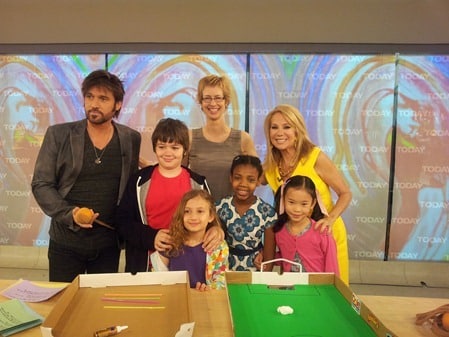 On the way out I wanted to get a picture of the kids on the pretty spiral staircase near the greenroom. The picture got photobombed by Kathie Lee. :-) 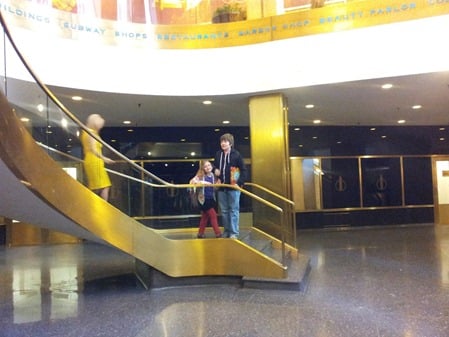 Your kids look wonderful on TV and my daughter recognizes Jake. What a wonderful opportunity for them.

I'm sure your excited about your two kids they are looks adorable..

Your job well done..I am really proud to your kids..Thanks for sharing this kind of post..

What a wonderful experience for the kids! How proud you must be of both of them.

I want to congratulate you and your kids for a job well done. I'm so proud of your kids they how to follow instructions and they never rattled. Thanks for sharing this to us!