You are here: Home » Goals Are Good, Here Are Mine

Do you make resolutions? I don’t – they don’t work well for me. Here’s why, and what I do instead to improve my life year-to-year. 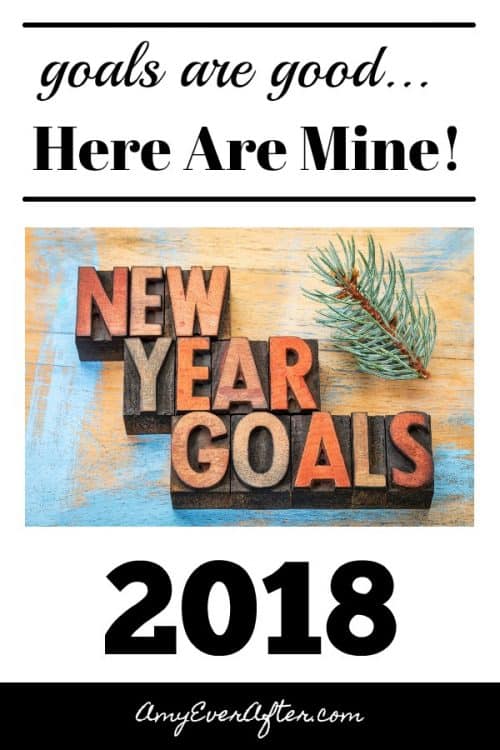 I don’t do resolutions. I learned a long time ago that my perfectionist personality does play nicely with resolutions. Resolutions tend to take the form of things you want to do consistently, and if I messed up in the third week of January, I was like “OK, well, we’ll try that again next year.” And I would let myself off of the hook until the next round of resolutions.

So, I do goals instead. You can’t fail at a goal, you just haven’t reached it yet. Goals encourage you to keep trying.

This year my biggest goal is to do things ahead of time. I’m a huge procrastinator. It makes my life seem like one giant triage, and too often important stuff ends up wearing the black toe tag. If an editor tells me he would like to have something by “the end of the week,” he might start asking for it on Friday morning, whereas I probably had it penciled in for Sunday evening, so that I could get other, more pressing stuff done first.

This is no way to live! I let other people down while making myself frantic for no reason, all while leaving no room for mistakes. I remember when an article I was writing about an app was due at 5pm one day, and I didn’t even bother downloading the app until noon…and discovered that it wasn’t available for Android. No problem, I have an iPod Touch for just this reason! Except it took me two hours to find it, because my house was a disaster. So I didn’t even start the article until a few hours before it was due. It was probably not my best work, and I was super stressed out.

Whatever the task is, whether it’s making Christmas cookies or posting on my blog or going for a walk, there are steps that I know have to happen. And yet I will wait way too long to start, knowing that I haven’t left myself enough time to get to the last step when I need to. It’s all completely avoidable, and there’s really no excuse.

Along those same lines, another kind of sub-goal is to not let trips sneak up on me this year. Packing at 2am with a 7am flight looming is not fun, and again, that’s completely avoidable. I can’t look at an empty suitcase at midnight and realize for the first time that the clothes I need to pack are dirty. I actually have great packing lists that I made up several years ago, with sections for when I’ll be at a beach or pool, need work clothes, need amusement park clothes, will be exercising during the trip, etc. Everything I need to bring is written out. I just need to start earlier.

I’m a compulsive URL buyer. At one point I had over 100 URLs, and I’m guessing a few bloggers who are reading this just did the math on how much that was costing me per year for absolutely no benefit. I’ve whittled it down to a few dozen, and there are actually a couple in there that would make great websites that I could really be enthusiastic about, so a goal this year is to just fucken get one started. I keep talking about them, but not doing them, because I feel like I don’t have time. But I do. Getting started is the hardest part. So the goal is to simply get another website online, and then we’ll see what happens.

I’ve been avoiding this for over a decade. I’ve only had a cleaning person once in my life, and that was an awesome year, but then he moved to Seattle and I never bothered finding another one. I don’t like having people in my space, touching my stuff. Plus, having people around is super distracting when I’m trying to work. So, I need to A) get over myself and just be OK with someone cleaning for me, and B) hire a team instead of a person so that it can be done quicker and C) keep having them back. My Parenting Bytes co-host Rebecca recommended what looks to be a great company, so my goal is to actually hire them! I spent a ton of time in October and November organizing my house and getting rid of *some* stuff (I probably still belong on Hoarders, but it’s BETTER, OK?), so at this point I could probably have them clean 3/4 of the house while I work on organizing the last few rooms.

That’s it, that’s manageable. That’s not a list that scares me, it actually excites me, which has to be a good sign. I don’t need to actually complete those goals in order to improve my life, because any steps I take towards those goals will be steps in the right direction!

What are your goals? What do you want to work towards this year?