You are here: Home » How to keep a beach umbrella from flying away 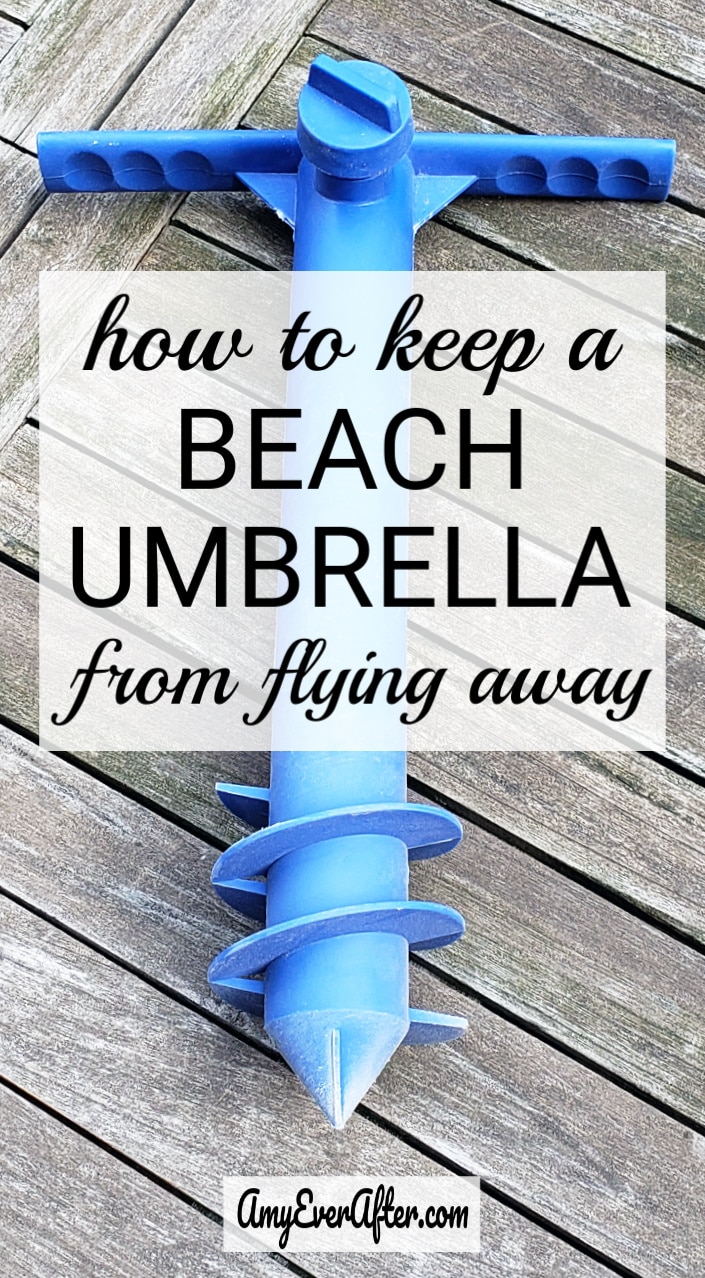 Want to know how to keep a beach umbrella from flying away, and possibly hurting someone? There’s a product that will do the job for well under $20! 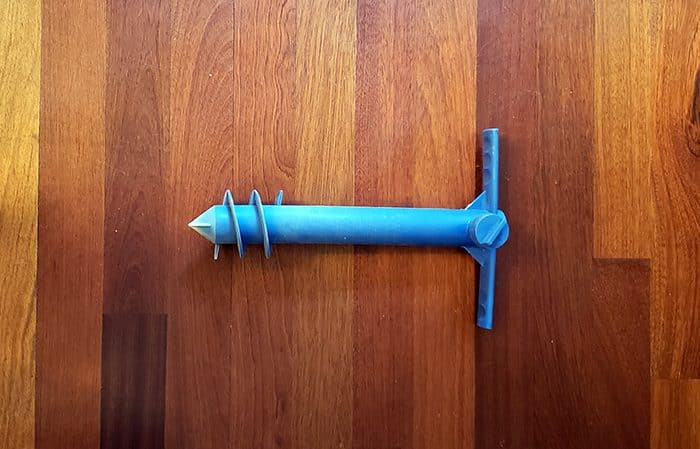 Why beach umbrellas are dangerous

The very first time my husband and I ever rented a beach umbrella, he stuck it as far down in the sand as he could, and it seemed really stable. But a gust of wind came by a few minutes later, lifting the big blue umbrella out of the sand. In an instant we went from lounging on the beach reading books to chasing after our umbrella as it tumbled towards other vacationers, like a giant lawn dart. It landed on a family, but luckily they were hit by the blunt umbrella part, not the spike. We apologized profusely, brought it back to our towels, and tried to angle it so that the wind would be less likely to grab it.

For a while I couldn’t stop thinking about what had happened, and was so thankful that nobody had gotten hurt! But I started to wonder why you didn’t hear about beach umbrella accidents. Our umbrella wasn’t even the only one that went flying that day on that one beach! But it’s not like there were stories all over the news about people being impaled by beach umbrellas, so eventually I forgot about it. We’re not really beach people, and I don’t think we rented another umbrella for about a decade.

How to secure a beach umbrella

Years later, we were on vacation with our kids in Rehoboth Beach, walking on the boardwalk, and I found this: 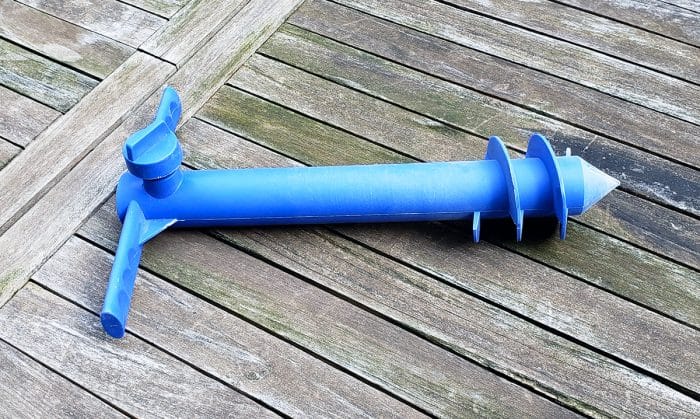 I bought it immediately. I also bought a beach umbrella (we hadn’t brought one). When we went to the beach the next day, I couldn’t believe how easy it was to use! I’m not even that strong, but I had no problem screwing it securely into the sand, and then securing the umbrella into the hollow part. 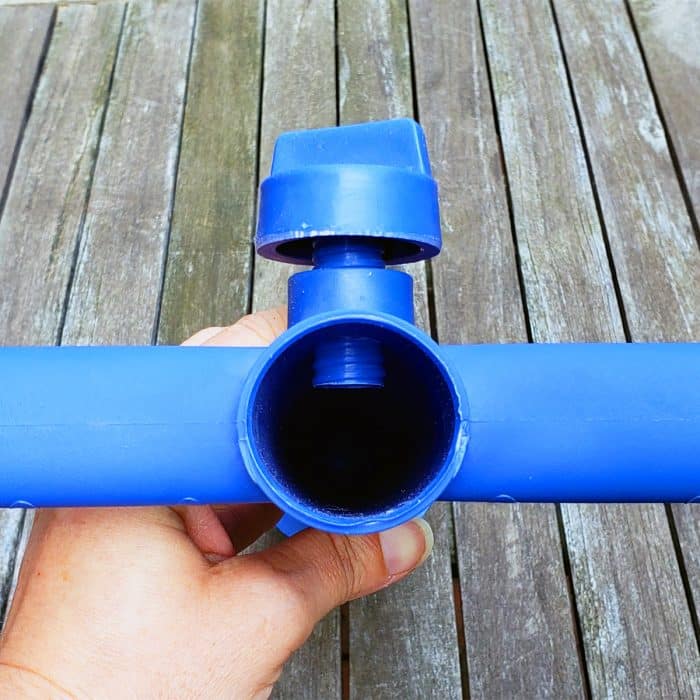 The umbrella was totally secure. My husband—who is strong—tried pulling it free, and couldn’t. Sand is heavy, and this thing was well-designed. We’ve used it a couple more times since, and never had a problem. I’m guessing that they sell these at a lot of beaches, or you can get something similar online.

Why you need this

I thought about our umbrella screw last week, when a story hit the news about a British tourist being stabbed in the ankle by a runaway umbrella on the Jersey Shore. Then, a couple days ago, someone was stabbed in the chest by a runaway beach umbrella in Maryland! Does this happen more often than I thought? Or was it a slow news week and the two stories just got a lot of publicity? Somebody actually died this way a couple of years ago, and I didn’t even hear about it at the time!

Whatever was going on with the frequency of these accidents, I didn’t see anybody talking about these screws in their coverage. They’re cheap, they can be thrown into a beach bag, and they could save you from causing a disaster with your beach umbrella! Personally, I will never use another beach umbrella without something like this to keep it from flying away.

And hey, while you’re dressing up your beach umbrella, why not add some hooks for sunglasses or bags, drink holders, or even a tray? And if you do attach any of these to your umbrella, you definitely don’t want it blowing away with your drinks or purse, so you need to screw that umbrella into the sand!!